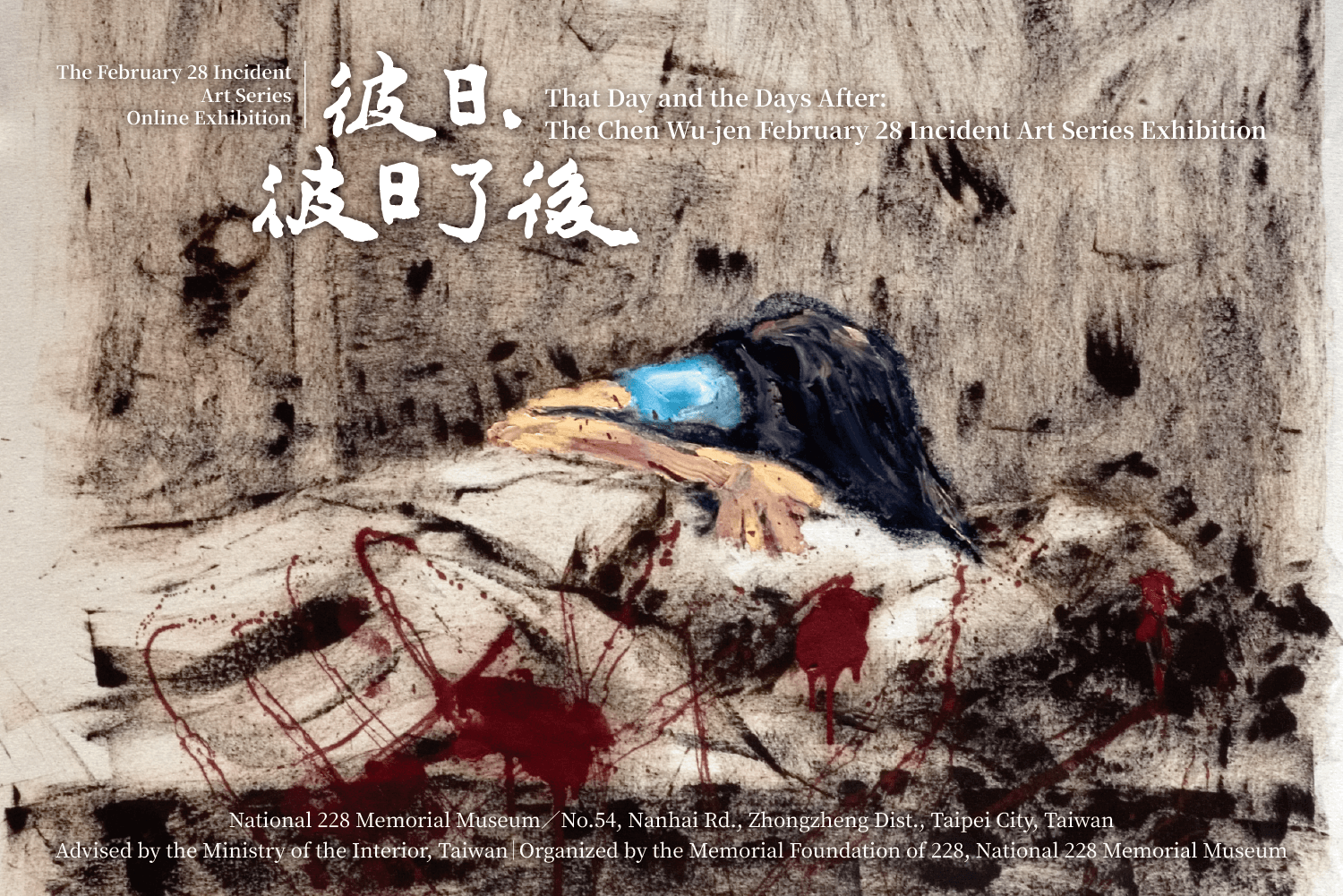 On that day, he was publicly executed in front of a crowd of citizens near the railway station.

On that day, he was taken from his home by the police and never came back.

On that day, he was shot near the port and lay motionless in a pool of blood.

In the days after, his older brother brought his brother's body home under the cover of darkness.

In the days after, our house was searched and left in chaos many times, and we could only hide in the corner horrified.

In the days after, my mother, who was raising us two children on her own, often secretly shed tears at night.

Most of the victims who died or disappeared in the February 28 Incident were shot dead. Protesting in front of the Chief Executive's Office, they were shot with machine guns; walking at the Port of Keelung, they were slaughtered indiscriminately; near the Chiayi railway station, they were publicly executed in front of local residents. In the moment a trigger was pulled and a bullet fired, it was as if everything was suddenly enveloped in a night of utter darkness. The families of the victims could only swallow their pain in silence and bury their agony in their hearts. In order to protect other family members and help them live their lives safely and securely, they burned victims' photos and personal documents, trying to erase the fact that the victims had once existed. Their genuine, heart-wrenching sorrow could only be expressed through silence at home and buried in their memories of the victims as time passed, waiting for a day of reckoning.

Chen Wu-jen was born in Wanluan, Pingtung in 1949 during the period of martial law, when Taiwan was ruled by an authoritarian regime. When he was enlisted in the Zuoying Naval Recruit Training Center in 1969, he wrote the words "Opposing the central government and the Chinese Nationalist Party" on his aptitude test paper. Prosecuted for the "crime of rebellion," he was later transferred to a military court for a trial and sentenced to two years imprisonment for having violated Article 7 of the Anti-Insurgency Law. He gave up the right to appeal the ruling and was later transferred to Taiyuan Prison. As a political prisoner, Chen Wu-jen experienced physical incarceration as well as mental and psychological trauma, and even his family members were politically oppressed. This drove him to use paintbrushes and sculpting knives to translate his misery and agony into art pieces that reminded his fellow Taiwanese they should never forget how Taiwan was ruthlessly ravaged during the February 28 Incident and the White Terror period.

In 2017, the 228 National Memorial Museum organized "Names in the Wind," an oil painting exhibition, in cooperation with the artist. In 2020, the 228 National Memorial Museum worked with Chen Wu-jen once again to organize "That Day and the Days After: The Chen Wu-jen February 28 Incident Art Series Exhibition," featuring ten wood sculpture works from the Slaughter series and 18 oil paintings from the Family series. His artworks re-interpret the moment when victims were shot dead in the February 28 Incident and the torment experienced by victims' families thereafter, helping us revisit the never-ending pain that separates the history of Taiwan into that day and the days after.

The Slaughter series represents the moment when civilians were shot to the ground during the February 28 Incident.

Having been ruled by the Japanese colonial regime for 50 years, Taiwanese people were already accustomed to the rigorous bureaucracy, discipline and lawfulness of Japanese colonial officials. After Japan's defeat in the Second World War, Taiwan was taken possession of by the Chinese Nationalist Party's soldiers and bureaucrats, who were ill-disciplined, incompetent, greedy and selfish, making their governing style diametrically opposed to that of the Japanese.

These cultural differences meant that conflicts between the Taiwanese and the Chinese newcomers were inevitable, resulting in the arrests and public executions of local gentry and elites who naively thought they would be safe as they had done nothing wrong. The Chinese Nationalist troops swarmed out of their military bases to the streets where they indiscriminately machine-gunned Taiwanese people, slaughtering innocent passersby, curious bystanders and the passionate students who were trying to maintain peace and order. 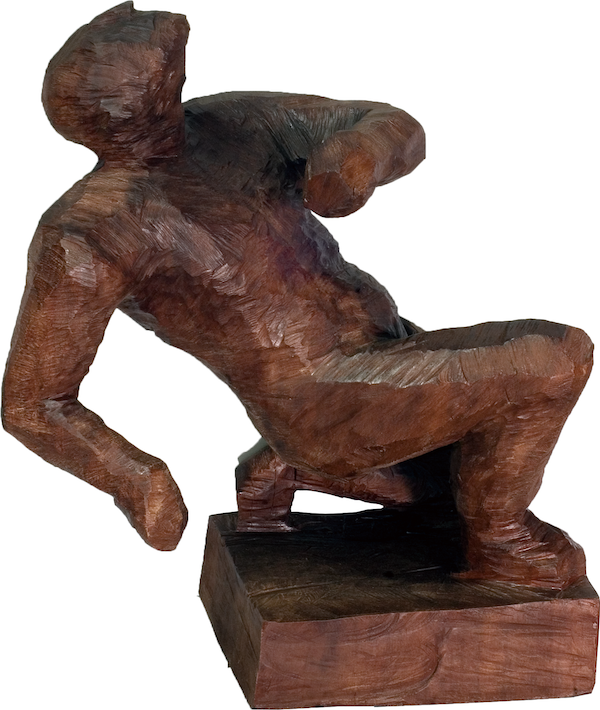 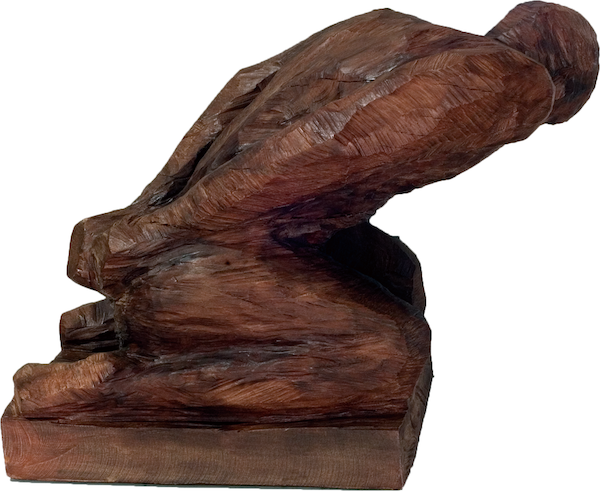 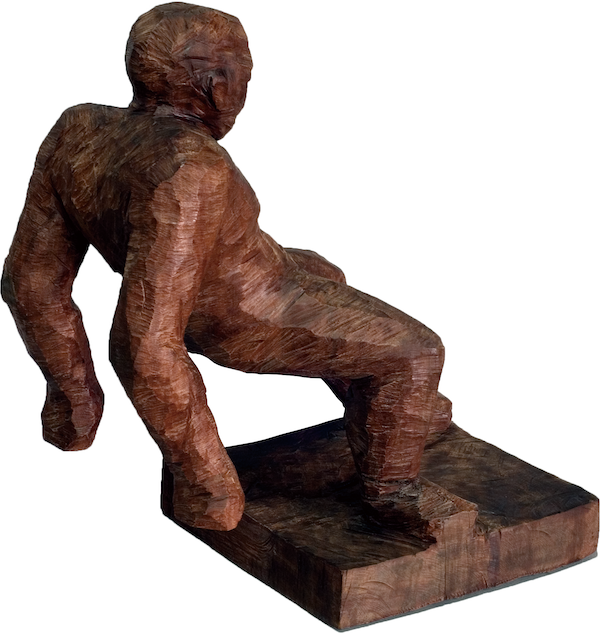 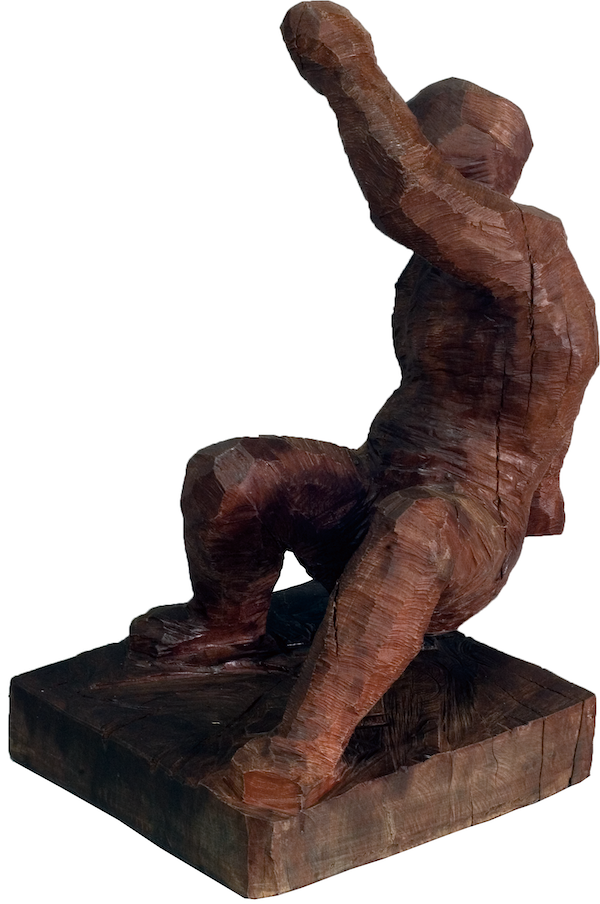 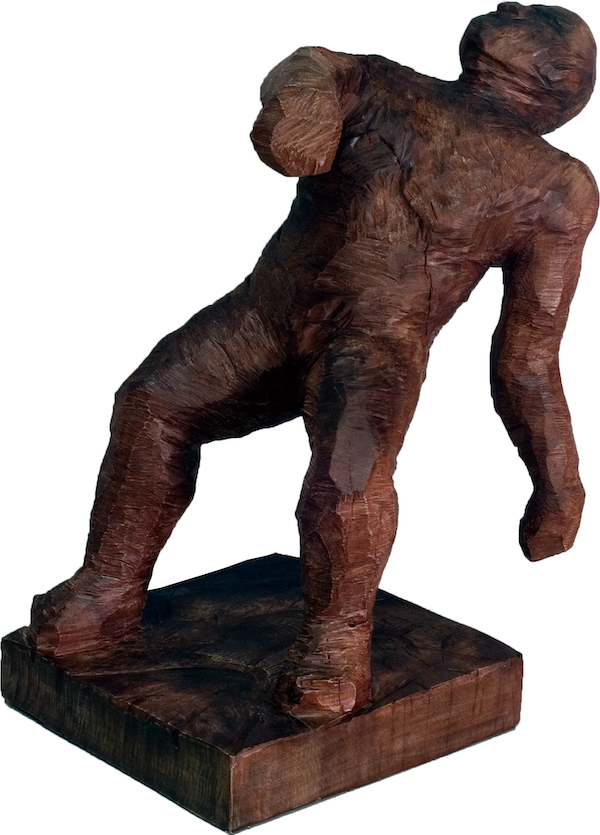 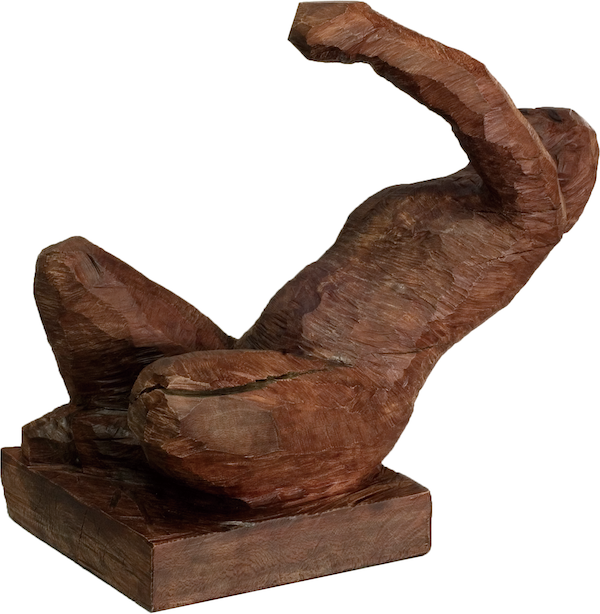 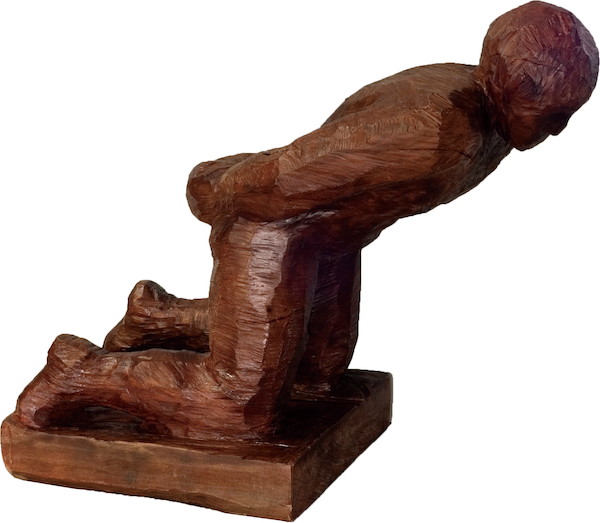 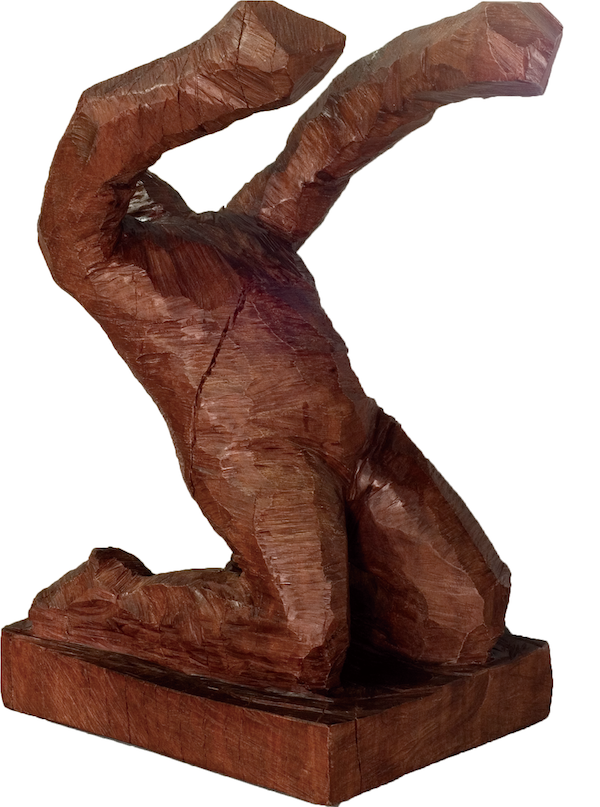 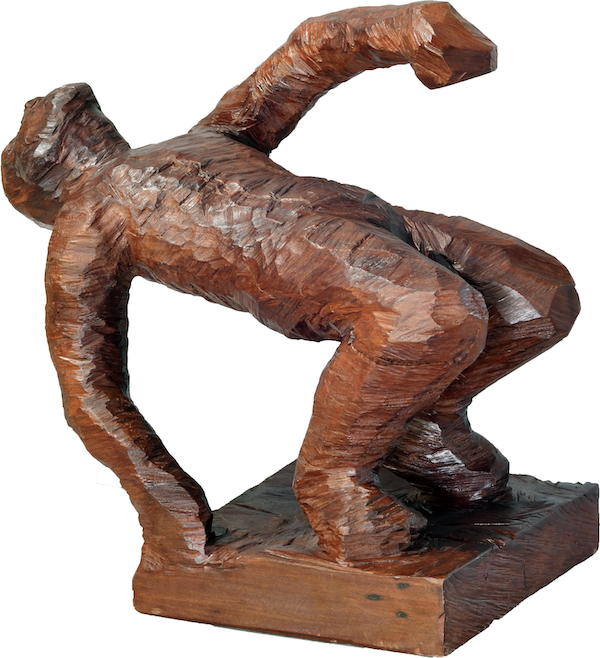 Behind every political prisoner locked up in prison, there was a family whose economic and emotional support had been snatched away by the government. Not only that, their forced absence even became a burden to the family. In addition to visiting and caring for their imprisoned family member from time to time, every single member of the victim's family was also subject to close surveillance and random harassment. Although able to eat and sleep in prison, those who were incarcerated for political reasons were completely helpless to prevent their parents, partners and children being plagued by harassment and oppression from the authorities and discrimination from members of the general public, who were less sympathetic to their circumstances than afraid of the political implications that might come with supporting the prisoners. Under such an unbearable strain, it took a tremendous effort to try to simply live a normal life. Many family members of political prisoners thus experienced abnormal psychological reactions after failing to cope with sudden loss and oppressive pressure.

Untreated canvases that have not first had their background painted white are used in this series of paintings. Monochromatic paints have been scraped onto the canvases with a palette knife to express the sense of helplessness and despair of family members living in such a harsh environment. 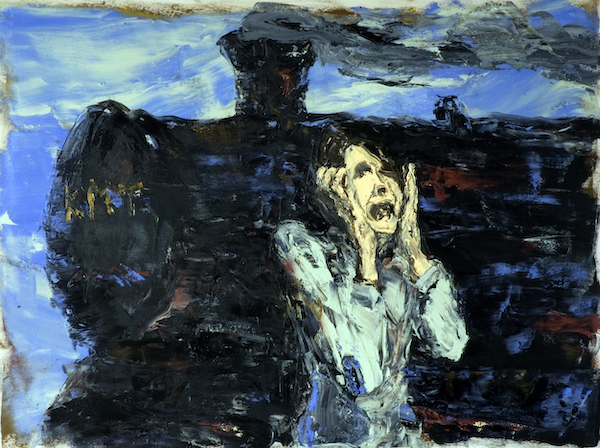 Family series no.2:
when the train passed by

Family series no.5
How can I survive?

Family series no.7
Portrait of the deceased in a closet

Family series no.8
They are coming to get me

Family series no.11
The only thing I remember after a dementia diagnosis in old age is the ID card

Family series no.12
Mother burned all my older brother's books

Family series no.13
As well as madness, there was also helplessness

Family series no.14
The house was searched and turned upside down several times

Family series no.15
The eldest son died of chronic alcoholism and depression

Family series no.16
Waving away the virtual intruders outside the window

Family series no.17
Wearing straw sandals and carrying a peach tree branch as a walking stick to exact revenge

Family series no.18
Nowhere to escape

Family series no.19
My old dad died after coughing up blood

Family series no.20
I haven't done anything wrong

Family series no.23
Raising two kids on her own